Paradise Seeds strain story:One of the new feminised strains from Paradise Seeds is named “Allkush”. So nothing but Kush? Taken genetically literally, no – It’s more than just Kush, because Allkush is a mostly indica strain with a quarter part of sativa, she was bred from an Afghani indica and a Southeast Asian mostly sativa strain. Allkush is Paradise Seeds’ former strain Sheherazade, a long-established classic from the early days of Paradise.

A full body massage!Sheherazade is the gorgeous heroine in the Arabian legend The Thousand and One Nights. Allkush, the former Shererazade strain, however needs considerably less time than 1001 days and nights to ripen, she manages to do so within 56-60 days of flowering, with an indoor harvest potential of up to 450 grams per sqm. Allkush plants are growing very compact, bushy and low, with little side branching an lots of big rounded, very hard top colas, making her perfect for sea-of-green cultivation. After the onset of flowering, the plants don’t stretch very much any longer. Outdoors the Allkush strain reaches maturity around mid of October, being able to achieve a height of up to two metres and a yield of up to 400 grams per plant. Abundant amounts of resin and an average THC content of 15-18% do effect a very strong high that naturally is mainly characterized by vast indica power, providing an intense deep warm body relaxing sensation that feels almost caressing, like having received a sensitive relaxing full body massage. Luc from Paradise Seeds describes this sensual aspect of Allkush as follows: “The effect starts in the lungs and sexual organs then rises throughout the other parts of the body rapidly until you feel completely at ease and cannot longer suppress a big grin on your face!” But this grin thanks to the sativa influence stays vivid, not becoming a freeze-dried grimace, the 25% sativa influence does provide enough head freshness, in addition to that strong body stone. According to Paradise Seeds, Allkush is an excellent medical strain as well. She has a very mouth coating, deep musky-sweet Kush aroma and flavour, typically Kush – a true delicacy for any Kush afficinado. Her extremely rich resin content makes her a great hashish production strain, she’s „a queen for hash production”, as Luc puts it.

The Doc, a die-hard Kush fan, couldn’t withstand this highly alluring Kush strain profile and germinated three feminised Allkush seeds from a five piece package. As usual he also grew some other strains along with Allkush and therefore had to restrict the number of seeds to be sown. One week after all the three seeds had successfully sprouted, The Doc reported: “They all have the same size and are about 3 cm tall”, and one week later: “One can easily recognise their indica-dominant nature, with broad leaves. They are about 5 cm tall now, three internodes have emerged meanwhile.”

After two weeks of growth under two TLC 150 lights, the three Allkush plants were transplanted to 11 litre pots and, together with the other strains, placed into the actual grow room which was equipped with two Plantastar 600 W HPS lamps. The Doc: “The plants’ volume has doubled, and also side branching has started to develop. One of the plants has slightly twisted leaves, but I suppose that this will sort itself out in time (it did, indeed). The plants are having five internodes now, growing very stout, compact and strong, the main stem is about to lignify already. Growth seemed to be

slow in the beginning, but that impression was falsely suggested by that very stout growth patternI think. Anyway, growth has undoubtfully taken up pace now.”

Four and a half weeks after germination, after 31 days, The Doc induced flowering by reducing the daily light period from 18 to 12 hours. The three Allkush plants at that point of time had reached a height of about 30 cm, with an amazing number of 15 internodes resulting in extremely compact and bushy plants, laden with dense branches. The blooming quickly took over, and very early already, the first female preflowers became visible that shortly after passed into true full flowers. Two weeks after flower induction, The Doc already saw nice little flower “roses” on top of the branches that became larger and larger in the following weeks, increasingly being coated with resin glands.

Height growth noticeably continued in the first five weeks of flowering, however, to a different degree, the three plants measured about 55, 65 and 75 cm after five weeks of flowering, but still were extremely compact and bushy, exhibiting numerous thick roundish top buds on the main stem and branches. The Doc was quite excited about the immense resin gland development the Allkush plants were showing, he supposed that their resin coat would be far above average and spectacular in the end. The plants’ smell already was highly sweet and spicy, very penetrating so that The Doc said to himself “Good that my air exchange system does work so well…” After 42 days of flowering, he reported: “She is a plant that produces dense hard nuggets with tons of resin. One can instantly smell that she’s a Kush dominant strain. I think that in the next two weeks of flowering, a lot of things are yet to happen with their already stunning buds. As the upper big shade leaves took away too much light, shading the lower leaves and buds, I took some of these off so that also the lower branches and buds can receive enough light to form proper thick buds.” One week later, The Doc kept on enthusing about Allkush: “The buds are still becoming harder and harder, being frosted with abundant white resin layers. Their aroma is seductively sweet and musky, heavily kushy, a true enjoyment. Flower stigmas for the most part have turned brown, so I think there’s still one week to go till harvest.”

After 56 days of flowering, The Doc noted down “The end of flowering is definitely going on. In one or two days I will harvest the first one, and the other two or three days later.” And then, on the 60th flowering day, all the three Allkush plants had been harvested. By the way, there wasn’t any male flower on the three feminised Allkush plants. The Doc: “Harvest was quite a sticky affair, cutting off and manicuring such a large amount of fat super resinous buds. They are incredibly stinky, giving off a true Kush odour.”Indica hammer fastened the doc to his couchIn the end, the three plants had arrived at heights of about 65, 75 and 85 cm, having preserved their pure indica growth pattern – thick, fat and compact – until the very end. After The Doc had slowly dried those fat rock-hard nuggets, as usual effecting a slight fermentation during the drying process, he weighed them and was stunned by the proud outcome of 330 grams which left him highly satisfied of course. And about the Allkush high – “Wow superb!”, to say it with one word from The Doc, the Allkush buds did deliver a first-class indica hammer with a tremendous body stone effect that lasted for a very long while, a totally dazed Doc felt like fastened to his couch at first, but after a while, the slight sativa up-high effect in the head, as described by Luc, also took place, keeping a deeply relaxed Doc from falling asleep and enabling him to finally grab that glass of water from the table and drink it! Nevertheless he feels Allkush is to be recommended for being smoked in the evening time rather (“it could serve very well as an effective soporific”, he said) during daytime it would probably sedate the user too much, at least if he has to perform heavy physical work or intense intellectual work.

So The Doc put both thumbs up for the Allkush strain, he was totally taken by this Kush strain that, indeed, also did provide a lot of resinous leaf material for making hashish. As for costs – Allkush is a medium-priced variety, five and ten regular seeds respectively cost 27€/50€, the feminised version is available in units of three (32€), five (50€) and ten seeds (90€). 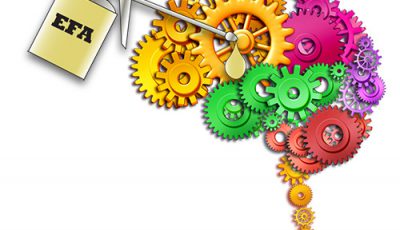