Become one in a million to change European cannabis policy 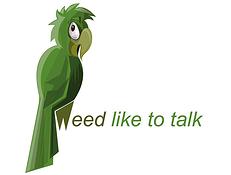 As of February 2011 a new political tool called a “citizens initiative” has been adopted in an EU Regulation by the European Parliament and the Council of the European Union.

There are basic requirements in order to propose and launch an initiative; an initiative must be supported by at least one million European citizens, from at least 7 of the 28 EU Member States. Each of the seven countries represented also require a minimum number of signatures. There must be a “Citizens’ committee” composed of at least 7 EU citizens resident from the 7 different member states and are required to be of voting age (18 years in each country, except in Austria, where it is 16).

The “Citizens’ initiatives” can not be managed by organizations or association, which may, however, promote them or support them, provided they do so in full transparency.

The organizers are required to register the proposed initiative on the site below and after confirming the registration, the organizers have 1 year to collect statements of support.

So if you are a EU citizen please support this initiative by registering and becoming one in a million to change European cannabis policy. Start here:

or the: EU registration initiative site

Ottawa issues call for proposals to improve prescribing of opioids, other abused drugs