Another study has found that marijuana use is associated with changes in the brain. The study compared the brains of chronic users with non-users and discovered the former had less volume in a region that is involved in decision making and emotional processing. However, they also found that this region showed increased connections with other brain regions in users, suggesting that the brain could be re-wiring itself to make up for the shrinkage.

“The changes in connectivity may be considered a way of compensating for the reduction in volume,” said study author Francesca Filbey. “This may explain why chronic users appear to be doing fine, even though an important region of their brain is smaller in terms of volume.”

Studies investigating the potential effects of smoking pot on the brain often produce conflicting results, which is probably due to the use of different methodologies. To address this issue, researchers from the University of Texas at Dallas used multiple magnetic resonance imaging (MRI) techniques to build a comprehensive picture of the brains of almost 50 marijuana users alongside 62 non-users that were age- and sex-matched. They also controlled for tobacco and alcohol use.

The marijuana smokers were described as chronic users, consuming the drug three times a day on average. The participants had a wide age range and also started using the drug at different ages, which allowed the researchers to characterize changes across lifespan without developmental biases.

Marijuana’s History: How One Plant Spread Through the World 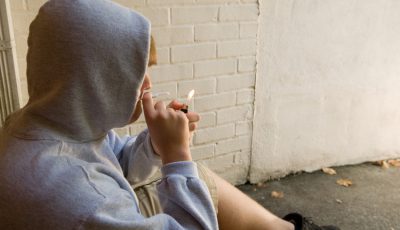