Drunken drivers tend to drive faster than normal and to overestimate their skills, studies have shown; the opposite is true for stoned drivers.

If you are pulled over on suspicion of drunken driving, the police officer is likely to ask you to complete three tasks: Follow a pen with your eyes while the officer moves it back and forth; get out of the car and walk nine steps, heel to toe, turn on one foot and go back; and stand on one leg for 30 seconds.

Score well on all three of these Olympic events, and there’s a very good chance that you are not drunk. This so-called standard field sobriety test has been shown to catch 88 percent of drivers under the influence of alcohol.

But it is nowhere near as good at spotting a stoned driver.

In a 2012 study published in the journal Psychopharmacology, only 30 percent of people under the influence of THC, the active ingredient in marijuana, failed the field test. And its ability to identify a stoned driver seems to depend heavily on whether the driver is accustomed to being stoned.

The True Origin Of 420 – Setting The Record Straight. 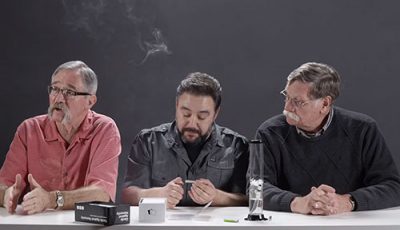