Argentine Berenice Blanco convinced FARC rebels to let backpackers on cannabis tour go free, but was kept behind for ransom

By AFP and TOI STAFF

The woman, Berenice Blanco, and the Israeli tourists were kidnapped last Saturday while on a so-called “Cannabis Tour.”

They were traveling in the area of Cauca when they were abducted by armed men who identified themselves as dissidents from the Sixth Front of the FARC,” prosecutors said in a statement.

Her body was recovered on Wednesday in the municipality of Corinto, they said.

Omer Yefet and Gal-El Yaakov, both 22, had earlier recounted the ordeal to the Israeli press, expressing worries over the fate of the guide. Both had been in Colombia as part of a post-army backpacking trip. 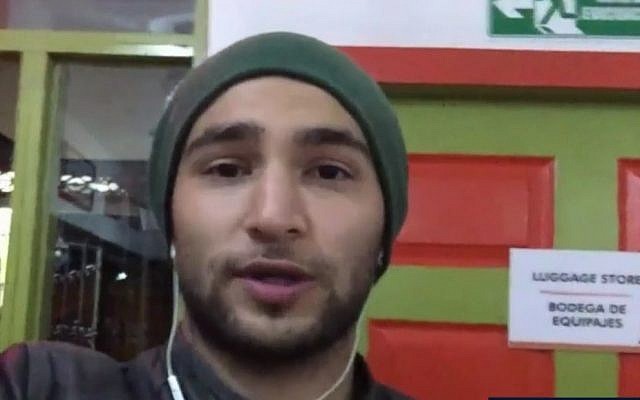 Omer Yefet, one of two Israelis held by a Colombian drug cartel for several hours while touring the South American country, talks to Channel 10 about his ordeal, May 23, 2018. (Channel 10 screenshot)

They said the guide, whom they referred to as “Monica,” had convinced the kidnappers that they had no money.

The cartel chief, according to Yefet, wanted 500 million pesos ($17 million), which he claimed was owed to him by the tour company that employed Blanco.

“Monica said it wasn’t even worth offering him the 300 pesos ($85) dollars that we had,” Yefet said.

“Monica did everything she could to make sure we were OK and defended us throughout. I don’t know what happened to her, unfortunately. I tried to check with the tour company,” Yefet said.

What is the Endocannabinoid System?