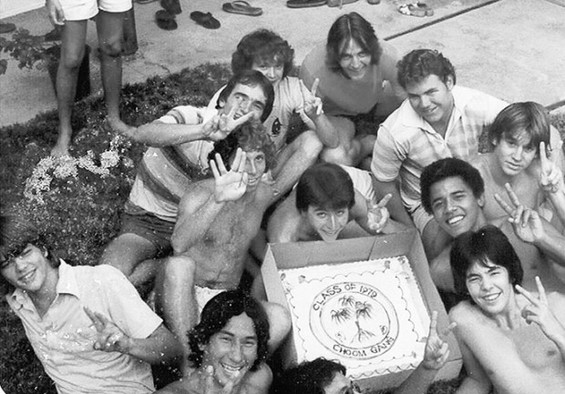 (CNN) — “Do you want to hit this?” a man asked President Barack Obama in a bar in Denver Tuesday night. The president laughed but didn’t indulge.

It wasn’t the only time Obama was offered weed on his night out. That’s apparently what happens in Colorado, which recently legalized recreational marijuana.

The man posted the exchange on Instagram for the world to see.

Obama has admitted to smoking pot as a young man. He was an active member of the “Choom Gang” in high school, which perfected all sorts of techniques for getting high.

The President has since spoken about those times in more serious settings, saying as recently as this year that he made “bad choices” without considering “the harm it could do.”

Earlier in the evening, the presidential motorcade passed a bearded man holding a sign: “Free weed 4 Obama.” A sign outside a marijuana dispensary offered the same thing. The motorcade didn’t stop.