TEL AVIV, Israel, 30-7-2015 — /EuropaWire/ — In 1964 Professor Raphael Mechoulam was on a public bus carrying 5 kilos of premium Lebanese hashish in a plastic bag to his laboratory at the Weitzmann Institute in Rehovot. That noticeably fragrant bus ride turned out to be a fateful one, as Mechoulam used his haul to discover the psychoactive component in Cannabis, Tetrahydrocannabinol (THC). It was a discovery that had eluded scientists for decades. 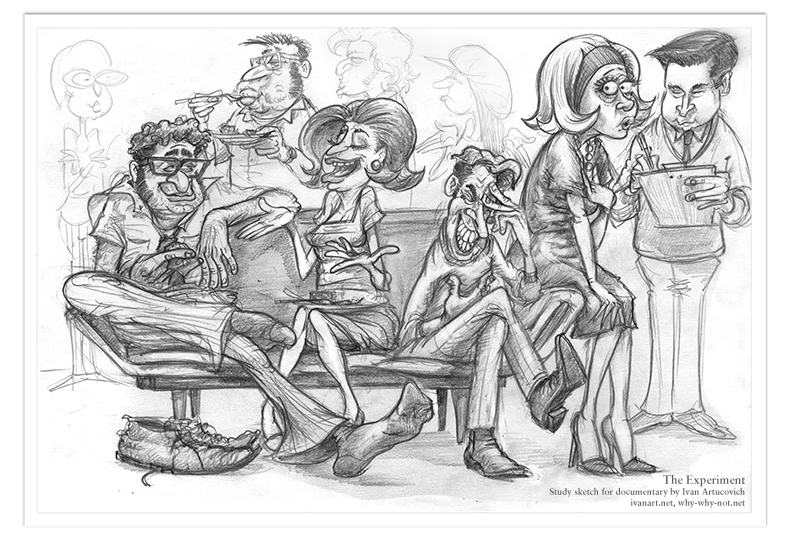 The Experiment, “The Scientist” – the documentary about the life and work of Raphael Mechoulam Study sketch for documentary by Ivan Artucovich (Ivan Art)

Twenty years later, Mechoulam ascertained that THC interacts with the largest receptor system in the human body, the endocannabinoid system (ECS). He then found that the human brain produces its very own Cannabis – a chemical that they named anandamide after the Sanskrit word ananda, “bliss”.

Though still unknown to most researchers and medical professionals because of the worldwide prohibition of marijuana, the importance of the endocannabinoid system is growing daily. It has been called the “supercomputer that regulates homeostasis in the human body.” Because receptors are found throughout the brain and in every major organ, this system is thought to be involved in most disease state. This is one reason that Cannabis treats so many varied illnesses. Mechoulam has been investigating this compound longer and more thoughtfully than any other scientist. He has unearthed Cannabis’s role in treating seizure disorders, schizophrenia and PTSD, plus its impact on other functions that govern human health, such as the rapidity with which an infant bonds with his mother. He has been awarded numerous scientific prizes and is universally acknowledged as the “father of cannabinoid medicine”. Despite these accolades, Mechoulam’s name isn’t known outside of a small group of researchers.

“The Scientist is a documentary that traces the story of Mechoulam from his early days as a child of the Holocaust in Bulgaria, through his immigration to Israel, and his career as the chief investigator into the chemistry and biology of the world’s most misunderstood plant.

“When Darwin finished his ideas on evolution he put them in a drawer for 20 years because he feared what the Church would say,” says Zach Klein, the writer, producer, editor of The Scientist. “Mechoulam was never vilified because he is such a great scientist, but the world has been slow to understand his findings because of the demonization that Cannabis suffered since the beginning of the war on drugs.”

Klein first met Professor Mechoulam when researching the ways Cannabis reduces the symptoms of chemotherapy that his mother was experiencing while being treated for breast cancer. That led to his first documentary, Prescribed Grass, which aired on Israeli television in 2009 and prompted health officials in that country to launch what is today the world’s largest state-sponsored medical marijuana program.

The Scientist was produced in association with Fundación CANNA, a non-profit research foundation focusing on the study of Cannabis and its compounds. Please visit www.fundacion-canna.es for further information.

The complete version of the 1 hour documentary is now available online:
www.mechoulamthemovie.com

Unknowns abound in pesticide use for growing pot

Even in Government­-Run Prisons, the Profiteering off of Human Lives Is Staggering