In a surprise case with far-reaching ramifications and global symbolism, a federal judge in California will review evidence this week as part of a defense motion to declare the government’s 40 year-old war on marijuana unconstitutional.

U.S. District Court Judge Kimberly J. Mueller concluded hearings Thursday in Sacramento on a preliminary motion by the defense in the case of U.S. v. Schweder. San Francisco attorney Zenia Gilg and Heather Burke motioned to declare unconstitutional the continued classification of marijuana in Schedule I, and Judge Mueller allowed it — forcing a hearing on the issue.

Last week Gilg called on three medical experts– Gregory Carter, MD, and Carl Hart, PhD, and Philip Denny, MD — who testified that cannabis is one of mankind’s oldest, safest therapeutic substances. The federal classification of it as both “very dangerous” and “lacking medical use” is untenable.

Government witness Bertha Madras, PhD – a deputy drug czar under President George W Bush – argued in briefs and on the stand last week that marijuana fails to measure up as a medicine. She equated the drug to heroin, saying patients don’t smoke poppies for pain relief.

About 22,114, Americans will die from prescription drug overdoses this year, and heroin-mimicking opioid drugs kill more Americans than any other prescription drug. Cannabis has no lethal overdose level, and zero recorded deaths from overdose in human history. 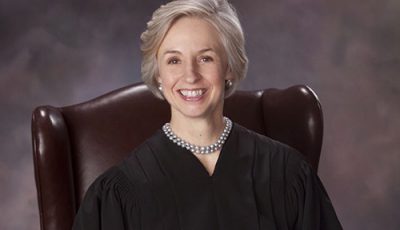