The other day our team got together and discussed the censorship of medical marijuana knowledge. Despite the multitude of studies supporting the medicinal benefits of cannabis, not much is changing and the plant remains illegal.

To help us understand why this news isn’t getting covered, let’s go over the history of the prohibition of cannabis. This might provide some insight as to why news editors are killing stories about curing cancer with cannabis, and why the government is still handing out lifetime jail sentences to dispensary owners for selling the possible cure to cancer to sick and dying patients.

Marijuana has been used since the beginning of recorded history. From it we’ve made a number of things such as paper, fabric, crops, building materials, proteins, rope, fuel and medicine. Not to mention, oils made from the plant are the most medicinally active substances ever found. That is exactly why it is illegal. It all came down to a vicious fight for billion-dollar markets that took place in the early 1900’s.

The Story Behind Why Cannabis Is Illegal

In 1913, Henry Ford opened his famous automobile assembly line to start producing the Model-T. In the 30’s, Ford opened a plant in Michigan where they successfully experimented with biomass fuel conversion, proving that hemp could be used as an alternative to fossil fuels. They extracted methanol, charcoal fuel, tar, pitch ethyl-acetate, and creosote all from hemp. What this meant for Ford was that he could now not only produce their own raw materials to make cars, but he could make the fuel to run them as well. The discovery was horrible news for a man by the name of Andrew Melon, who owned much of the Gulf Oil Corporation; a company who had just recently opened their first drive through gas station.

Andrew Mellon was the Secretary of the Treasury under President Herbert Hoover, and owner of the 6th largest bank at the time, Mellon Bank. His bank was the primary financial support of a petrochemical company by the name of DuPont. DuPont was developing and patenting many different forms of synthetics from fossil fuels including the synthetic rubber, plastic, rayon, and paint that GM used to coat their cars. However, Mellon Bank was most heavily invested in DuPont’s sulfur-based process of turning wood fiber into usable paper.

In 1916, Mellon’s investment began to look like a money pit when the U.S. Department of Agriculture chief scientists processed paper from hemp pulp, and concluded that paper from hemp was, “favorable in comparison with those made with wood pulp.” The paper produced by hemp fibers did not yellow over time, unlike the chemical-drenched paper that was being produced at the time. In addition, an acre of hemp produces more paper than an acre of regular trees.

Strangely enough, the actual production of hemp fiber in the U.S. continued to decline until 1933 to around 500 tons per year; this is no coincidence. 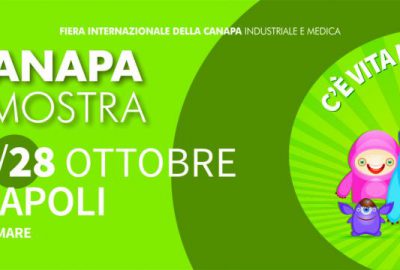