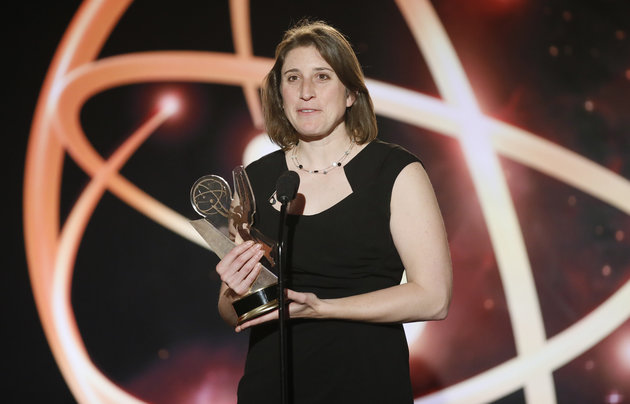 Emmy-winning filmmaker Deia Schlosberg was arrested in North Dakota and charged with three felonies on Thursday.

A documentarian arrested while filming an oil pipeline protest on Tuesday has been charged with three felony conspiracy charges ― and could face decades in prison if convicted.

Deia Schlosberg, the producer of the upcoming documentary “How to Let Go of the World and Love All Things Climate Can’t Change,” was detained while filming a protest against TransCanada’s Keystone Pipeline in Walhalla, North Dakota. Activists at the event, associated with the group Climate Direct Action, shut down the pipeline, which carries oil from Canadian tar sands to the U.S, for about seven hours.

Two of the protestors, Michael Foster and Samuel Jessup, were also charged and Schlosberg’s equipment and footage from the event was confiscated. Schlosberg said shortly after being released on bond that she couldn’t comment on her arrest until she spoke to a lawyer.

Josh Fox, the director of the film and two others related to fossil fuels, including the Academy Award-nominated “Gasland,” said Schlosberg wasn’t participating in the protest herself but acting as filmmaker to document the event. Her arrest appears to reflect a “deliberate” targeting of reporters, he said.

“They have in my view violated the First Amendment,” Fox said, referring to the state’s Pembina County Sheriff’s Department. “It’s fucking scary, it knocks the wind of your sails, it throws you for a loop. They threw the book at Deia for being a journalist.”

Ryan Bialas, state’s attorney for Pembina County, told The Huffington Post there was no such targeting and said the event at the pipeline was “not a protest” but “a criminal action.”

“People are free to come and protest as much as they want in my county, I just ask they don’t damage any property in doing so,” Bialas said in an email. He also noted his office has offered to return Schlosberg’s equipment and footage and he has “no interest” in keeping it.