photo: Matt Figi hugs his 7-year-old daughter Charlotte inside a Colorado greenhouse. The plants are a special strain of medical marijuana known as Charlotte’s Web, which was named for Charlotte after she used the plant to treat epileptic seizures (Brennan Linsley—AP)

For years, some parents have turned to medical marijuana to treat their children’s debilitating epilepsy, crediting the drug with dramatically reducing seizure activity. A groundbreaking clinical trial about to begin recruiting test subjects may finally provide some science to back their claims.

In what is believed to be the first study of its kind, researchers at the University of Colorado Anschutz Medical Campus will study the genes of those with a kind of epilepsy called Dravet Syndrome who have been treated with a strain of medical marijuana known as Charlotte’s Web. The study will attempt to determine if specific genetic components can explain why some epilepsy patients see positive results from ingesting Charlotte’s Web, while others do not.

The plant, grown by five brothers in Colorado through a non-profit organization called Realm of Caring, is low in THC, the compound that produces marijuana’s psychoactive effects, and high in CBD, a compound believed to reduce seizures in those suffering from certain forms of epilepsy. It is administered to epilepsy patients, including many children, in the form of an oil. The plant is named after Charlotte Figi, a young girl who was the first epilepsy patient successfully treated with the strain. 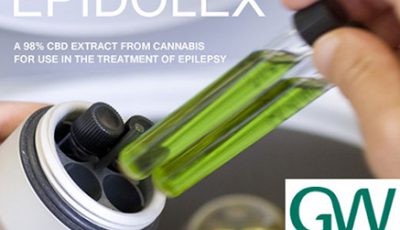