What is in a name – part 2 Collaboration

Second of 3 articles attempting to explain how a name of a cannabis strain has evolved from the point of view of a recreational seed company (competitive situation),  a science based seed company (collaboration with many companies based on verifiable testing) and an impartial laboratory (data based inferences).

CBD Crew.org was the first to set the standard of greater than 4% CBD coupled with greater than 4% THC as a medical grade seed enriched in CBD. For over five years, their work has been going on in the background of the shared grow/mother/flowering rooms used for seed production of both Resin Seeds and Mr Nice Seed Bank. Apart from very few differences of opinion in minor issues, the approach and work has been strictly scientific. All stages of strain breeding of CBD-Crew have been verified by the Canna Fundacion laboratories by means of certified gas chromatography and terpene profiling. 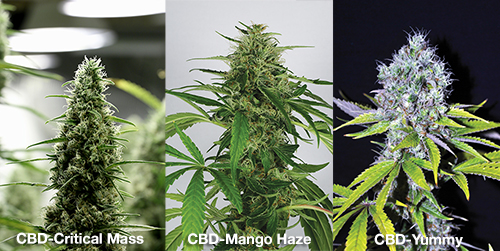 Testing each plant in a progeny sample and then again testing every subsequent breeding step has probably made this type of verified breeding program the first of its kind in the world for cannabis seed.

Unlike recreational cannabis seed companies who establish good will and reputation on their personal selections, CBD-Crew supplies goods to medical growers and patients with laboratory gas chromatographic verifications. This was achieved with many specialists in different fields working for a common cause.

CBD-Crew discovered the importance of independently determining whether the laboratory used is employing correct and reliable methods of testing. It is absolutely essential the laboratory has machinery able to perform gas, thin layer, and high performance thin layer chromatography. Laboratories vary in machinery employed, calibration of the machinery, and testing methodology, and one must ascertain precisely the quantification standards used.

A commonly held belief is laboratories all adopt the same procedures to samples brought in to be tested. Although they do for government set procedures (as consistency is the only way a test can be accepted in the legal system), private laboratory testing can vary greatly. Regulation requiring laboratories’ adherence to precise procedure aids the research without adding extra doubts. Rules governing where to sample a plant, how to cut the sample, what solvent is used, the altitude of the lab, and other variables need to be written into an agreed set protocol for testing so that one will be able to use results from any laboratory and compare them correctly. We are not yet at this level, so educating oneself on every aspect of the process is essential to maximise awareness.

CBD-Crew seeds have become integral components of the medical strains in countries such as Israel, Czech Republic, Holland, Spain, USA, Canada, and the UK, as well as in other countries (e.g., Germany, France, and Australia) where cannabis laws still hinder the sub-culture from becoming mainstream.

As virtually every medical seed company makes unverifiable claims, CBD-Crew had to set up some logical and consistent standards to qualify a seed as being of a medical grade. Certainly, cannabis in general does have a helpful effect, depending on the person and his or her condition. However, drawing a line of demarcation at greater than 4 % of both CBD and THC places such a seed into a realm different from traditional cannabis, increases the verifiability, and is in line with similar standards set up by Project CBD in the USA .

Having firmly derived my breeding skills from a recreational cannabis seed bank for half of my life, I was inspired to see a laboratory report verifying the quantities of which compounds were contained in a particular plant. The desires to check if our hunches about certain strains were correct made us at CBD-Crew test exhaustively all the plants at our disposal. We felt science and technology had opened up the Pandora’s Box of a cannabis plant and made the hitherto invisible genetic codes, visible, quantitative, and verifiable tools for breeding.

As CBD-Crew concentrated solely on trait breeding for chemotypes from recreational cannabis strains, rather than hemp strains, patterns began to surface: cannabis could be classified primarily by its cannabinoids and secondarily by its terpenes.

Returning to what’s in the name of a strain, recreational cannabis seed companies have traditionally found a new trendy name or person to tribute and then called a strain after them to sell. As far as CBD-Crew was concerned, names of new hybrids were not the issue or interest. To be practical in our nomenclature, we maintained the origins of the female side in order that growers could understand what the strain name might imply. Maintaining the historical origins of a strain affords future growers and generations at least some information and comprehension. Supporting a name with a particular cannabinoid heading the strain identity followed by a common name of a well know female recreational strain gives growers and medical patients a certain reference and understanding of aspects of the strain, but it must be borne in mind that it is a rough classification with inherent shortcomings.

Differentiation of a family of cannabis enriched deliberately with a leading compound such as CBD clearly states the main theme and purpose of the strain and company.

The explicit aim of the CBD-Crew company was to bring common strains enriched with CBD to those who could not afford medicines or reliably find selected clones enriched with CBD. Labelling all our strains with what we achieved is the most honest way to describe them.

CBD-Crew is currently unique in its speciality. As a science based market leader we do not have the urge to compete but to collaborate and bring correct descriptions to those who have put their faith in us.