What is in a name? Data Based Information: Independent Laboratory Specialising in Impartial Cannabinoid Testing & Terpene Profiling of Cannabis Grown Legally in the USA.

Last of 3 articles attempting to explain how a name of a cannabis strain has evolved from the point of view of a recreational seed company (competitive situation),  a science based seed company (collaboration with many companies based on verifiable testing) and an impartial laboratory 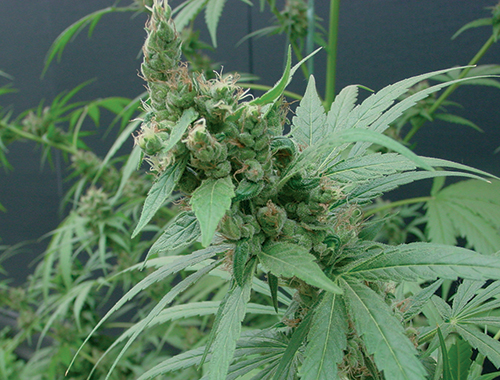 Consumers and non- consumers are becoming increasingly familiar with names of cannabis strains. Some names, e.g., Blue Dream, are gentle and mild; others like Green Gold draw laughter, while some, e.g., Trainwreck, could be considered as offensive to both the plant and the consumer. A name such as Trainwreck might easily deter an unknowing patient from selecting that particular variety. Generally, names offer a form of identification that might enable us to associate certain activities or properties to an object. Furthermore, we often use personal nicknames for inanimate objects, such as cars or boats, so it is no surprise we also nickname varieties of cannabis. We don’t similarly nickname spruce trees or tulips, but perhaps we are simply not as passionate about those plants as we are about cannabis. There is a clear requirement to identify each different cannabis strain as patients need to be fully informed which specific traits would be the best treatment for their specific ailments. Similar remarks apply to adult cannabis recreational use, in which effect, taste, and smell are the criteria of selection.

When we first began analysing cannabinoid profiles in California, it quickly became evident that the percentage of THC present in a sample (invariably far greater than that of other cannabinoids) was an unreliable indicator of the particular cannabis variety. Subtle differences, such as the quantities present of CBD, CBG, and other cannabinoids, were detected, but these were insufficient to accurately correlate specific cannabinoid profiles with specific strains. Even though almost every use of cannabis starts by smelling the product, again there is no correlation between aroma and cannabinoid profile. Cannabinoids are not volatile; consequently, they do not contribute to the aroma of raw flowers. Terpenes are the chemicals that contribute to different smells and tastes, but these also significantly influence the overall effect of the strain of cannabis under consideration. They are also known to affect cannabinoid receptors and can modify and modulate the uptake and absorption of the cannabinoids. Terpenes, along with minor cannabinoids, are responsible for what is known as the “entourage effect” of cannabis, which is why whole plant cannabis is more effective than single molecule THC, found in pills such as Marinol.

In 2011, we began screening cannabis for over thirty-five different terpenes and soon observed that even if the cannabinoid profile of different strains were exceptionally similar their terpene profiles were quite different. By looking at such a large number of different terpenes, we achieved a much broader and more detailed perspective on what makes each strain unique. In the same way that forensic scientists use several data points across a fingerprint to identify a specific individual, terpenes can be used like a chemical fingerprint to identify each unique cannabis variety. The power of this technique was quickly recognized when we could determine if two blinded samples were from the same strain or from different ones solely by comparing their terpene profiles. It has also been possible to compare the results of different cultivators who started with the same clones, and these have shown that the terpene profiles of the final products were identical. These cultivators used the same conditions to produce the plants as it has also been discovered that different cultivation conditions of the same clones can lead to different terpene profiles.  Akin to the phenomenon of two identical twins growing up in two different locations and resulting in different personalities, environmental conditions yield different outputs dependent on the expression of the starting genetics of the plants, i.e., which genes are switched on and off at which times throughout the lifecycle of the plant (epigenetic control).

The understanding of the differences in the varieties of cannabis and their unique terpene profiles is a study in its infancy, but we have learned much about what is available within California dispensaries using terpene analysis.

The current practice of patients with access to such dispensaries is to acquire their medical cannabis solely on the basis of the name of the strain. Recently, we did a survey of patients to find out whether this basis resulted in the desired and anticipated effects.  We discovered that misnaming and misidentification were prevalent and we were forced to conclude that patients can’t currently trust the name of a strain on the shelf in California unless it has been tested for authenticity.

Accordingly, our research development efforts are now aimed at building the infrastructure to begin fully authenticating strain names of cannabis varieties created by breeders so that there is integrity in the product name from the farm to the patient. We appeal to breeders to help us in this effort so that we can use their authentic varieties in a registration process, employing the power of the community to get this important job done correctly. 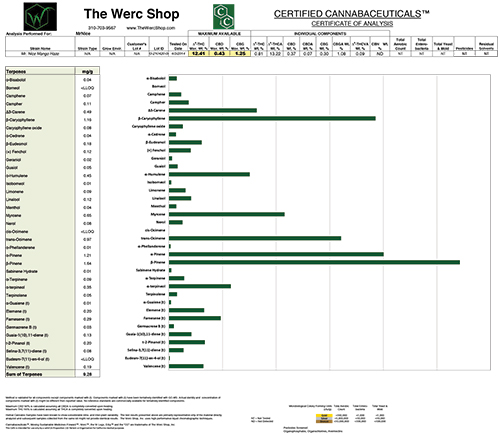 Product review: NoGoo® nonstick containers are TAKIN’ THE ICKY OUT OF STICKY!